Many movies and shows have tried to make people see what the end of the world might look like, but here in Surviving the Aftermath, not only will it show you what’s like, but it will also make you experience what happens after the world ends. It is an adventure game with post-apocalyptic themes and challenging gameplay where players will have to work hard in order to survive. With food, water, and other basic human needs becoming scarce, not to mention how everything in the environment has become toxic, it will really be a struggle to live during these dark ties. The struggle is realSurviving the Aftermath is really being straightforward with its title because the game is all about survival. The world has become a harsh place to live in. Players will need to survive with little to no resources available, poisonous soil and air, and of course, with humanity turning on each other. Unlike others, though, you will not find yourself alone or in twos. Rather, you will see yourself in charge of a small colony of survivors, and this means that you will not have to look out only for your own, but the other humans as well. Making sure everyone gets to live another day is what makes Surviving the Aftermath challenging.Do not fantasize about just growing your garden or taking care of farm animals within your colony in an attempt to be self-sufficient. The world’s sorry state will not make that possible. Inevitably, players will have to venture out of their colony and brave unknown territories to hunt for food, scavenge, and look for other supplies. While growing your crops is next to impossible, that does not mean that your entire colony is completely helpless and useless. As you expand, you can train people to be adept in certain jobs like crafts and constructing buildings. The downside of it is that it will take time before they become pros at the jobs you introduced to them, but do not worry because patience pays off. One of the things that you need to watch out for is the caravans. They are game characters who act like mercenaries, traveling from one place to another to barter for supplies from surviving colonies. However, be careful because not all the visitors you will meet are friendly and have honest intentions. Surviving the Aftermath is a survival game, and people are pretty desperate to live as long as they could in this ill world. You should also be prepared to go up against bandits, who not only will steal your resources, but they would also be very willing to harm you and your people just to get what they want. The end is just the beginningSurviving the Aftermath puts the effort in being realistic not only with the visuals of what a post-apocalypse looks like but as well as how people will act when the end of the world does happen. It is overall an exciting game to play with its thrilling adventures and building game elements.

Cons:
"Learning new jobs takes a while"
"Time consuming"
"Can get repetitive"
​ 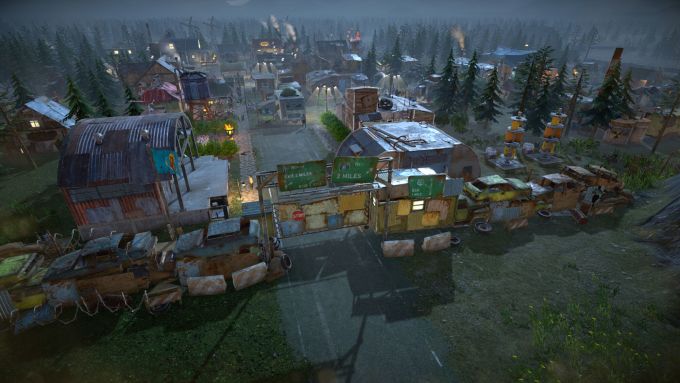 More in Adventure-Surviving the Aftermath