Paradox Interactive`s fan-favorite grand strategy series returns to Windows, Mac and Linux with its latest installment, Hearts of Iron IV. As in the previous games, players take command of a nation during the Second World War, controlling not only military units but scientific research, politics and the economy. Although the game shows off a wealth of historical detail, history doesn`t have to stay the same this time around. Prepare for war The complex strategy system makes this long-awaited game endlessly compelling. A game of Hearts of Iron IV can begin either in 1936, with Asia already at war and Europe on the brink, or in 1939 as the global conflict finally erupts. Starting in 1936 allows players to build up their nation`s economy and prepare for the coming battle, while the 1939 start date is for players who want to get stuck in right away. Players can choose any nation involved in the conflict, from major powers like Germany, the USA and the Soviet Union to less-well-known combatants like Abyssinia, Estonia or Brazil. Careful planning and attention to detail are needed for victory; players must not only deploy their armies, fleets and air units but manage economic and political policies through a system of maps and menus. Battle for supremacy The world of Hearts of Iron IV is made up of over 10,000 areas, whether land, sea or air; units will be affected by the climate and weather, as well as by the cycle of day and night. These small strategic details mean that battles in this game resemble their real-world counterparts; the role of weather was decisive in the Battle of the Bulge, for example. But war isn`t all about where you put your tanks and planes; it`s also about how you manufacture them and ship them to the front. Mastering the game`s political and economic systems will help keep your forces fighting longer and more effectively. Large-scale economic and political plans take the form of focus trees, political agendas that set the overall direction of the country. Major nations such as Britain or Germany have their own country-specific focus trees. Paradox have a strong history of supporting their games with downloadable content, and the initial release of HoI IV includes a DLC expansion, Poland: United and Ready, which adds new models and leader portraits for Poland, as well as a new unique Polish focus tree. How badly do you want to win? Like most Paradox grand strategy games, Hearts of Iron IV isn`t a game you just pick up to mess around with for a quarter of an hour -- not at first, certainly. But spend some time with it, and its flexibility and comprehensiveness will begin to draw you in. If the idea of a comprehensive alternative-history WWII game appeal to you -- and if you have some time to spare -- this game is well worth investigating. 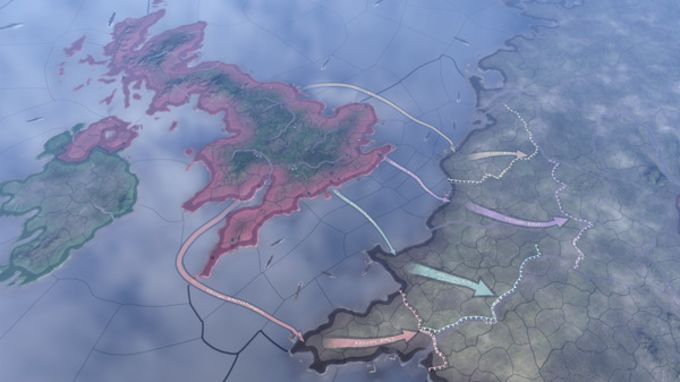 More in -Hearts of Iron IV